Once again, St. Hallmark Day is almost upon us. This means it is time to assault your eyes with my traditional St. Hallmark post. The tradition began on Facebook – that keeper of all events and occasions – several years ago and continues to amuse me. So…

Y’all are my Valentine Victims! Mwa-hahahahaha!! Welcome to the Massacre!

The 2017 edition of my annual mock-a-thon must include a nod to my Valentine.

Sweet Valentine person of mine

You jostle my molecules

Cause a kerfuffle in my bustle

Working on my Bio…

NOTE: I made up these sites. You won’t find your Sweetums on any of these!

Based entirely on the machinations of Desperate Douchebags of the Valley:

Watch in horror as the character we all love to hate Catty McNasty befriends the naive and unsuspecting – well, she did suspect in season three but that was covered in the season’s finale – Kari TrustYourGutbberg. Deftly worming her way into Kari’s world, borrowing household items, staying at Kari’s home, Catty hides her true colours for a time.

After several years of friendship in a wider circle of other blissfully unaware friends and acquaintances, Kari’s world explodes leaving her bereft, terrified of leaving her home and suicidal. Reaching for her friends in these hours of greatest need, Kari is puzzled and later profoundly hurt by the resounding silence from her circle of support. Efforts to connect are rebuffed, including a spectacularly rude rejection from Catty when Kari offers help via an email.

Pieces fall in to place over time as it’s revealed that her “friend” has been entertaining Kari’s  former spouse, all the while never offering a word of support or concern – let alone offering a meal or movie to her! Suspicion grows in Kari’s normally empathetic and trusting heart as taunting photos appear on Catty’s social media of activities that Kari knows her spouse is doing. Meanwhile, what the world doesn’t know is that Kari and Rocque still speak on respectful terms and Kari is not afraid to ask him the tough questions. The last straw is seeing Catty trying to insinuate herself into the lives of Kari’s children – the line has been crossed but more evidence of Catty’s lack of any shred of human decency is yet to come…

In the explosive finale, Kari learns that not only did Catty try to move into Kari’s home, family and bed – before it even had a chance to cool – her most disgusting and desperate move has been to initiate a smear campaign against Kari. It is with complete shock, dismay and nausea that Kari learns the depth of Catty’s depravity… little wonder so many of Kari’s friends turned their backs! Kari has been “shacked up with another guy”. Oddly, not a single person knows this, including Kari or said (silent, invisible, fictitious) guy. Poor Kari already wounded, gun shy and lonely, checks with her true friends and family and they verify that no, she isn’t living with anyone, not in a fugue state and not with TV amnesia to boost ratings. In fact, Kari would have to Google “guy”, “man”, “fella” to be sure what one is!!

It all becomes clear after a chance meeting and Kari, heart broken by the betrayal but finally vindicated, feels she can now begin to reclaim her life.

Tune in next week to watch the fallout from these revelations. Will Catty finally be hit by the Karma bus? Does anyone know how a chance remark about her selfish nature, bizarre jealousies and desperate clinginess has given Kari hope? Will the other women in The Valley wake up to the shark in their goldfish bowl?

Stay tuned for the following messages from our sponsor Tide has Turned.

And really, really… don’t screw with a writer.

Some Tongue In Very Cheeky Thoughts

Once again, St. Hallmark Day is almost upon us. Once again I’ll inflict that time-honoured  tradition that I started doing on Facebook several years ago.

Look out Cupid! The Valentine’s Evisceration is set to begin.

Basically, I’ve always felt that Valentine’s Day is an utter travesty and in my first St. Hallmark Day post on WordPress, I mention why. How St. Valentine’s Day came to be associated with chocolate, carats and tawdry Walmart lingerie is beyond me and my thought from then stands:

“Well, lets just say if you’re gonna give me gas station flowers and a   Valentines day card. Please. Don’t bother. Now, if you want to bring home Thai and give me a foot rub on April 18th or October 12th, for no damn reason at all, THAT’s meaningful.”

And please none of those idiotic ‘Singles Awareness Day’ posts. For the love of whatever deity!! Don’t shit all over someone else’ thing just because you don’t have it (same goes for single mothers/ fathers who post snarky crap on Mothers Day/Fathers Day. You get your day, don’t shit on someone else’) It’s as juvenile as being mad that someone has a jag and you take the bus. Put on your grown up undies. Three hundred sixty-four days of the year, Singles are desperate to shed the title, then suddenly they want to ruin it for Couples…?

I weep for the future of Humanity.

So Cupid… What the freakin’ hell man?!

I know that you probably have some issues, coming from a broken home and all. As the son of the love goddess Venus and the war god Mars, I bet things got a little intense with Mum and Daddy but that’s no reason to take it out on humans for all eternity! That last one that you darted for me? That should have been a blow gun… Next time, leave it in the hands of the experts or I’ll be speaking to your Grandpappy and I’ll bet you don’t want to be grounded by Jupiter.

I stumbled on this video a long while back and I swear my last Vile-en-tine starred!! Always loved Carly Simon and even more so after watching this.

And to cap it off, one for the boys. I know you’re often left bewildered by the appearance of evil pod women who steal your normally sane partners on every 14 February. Take heart and start leaving the same kind of hints she does because 14 March is right round the corner!

Ever want to wind up and pop that fluffy bird of hope that perches in your heart? Maybe tweak one of its tail feathers?

Hope is the thing with feathers, that perches in the soul, and sings the tune without words, and never stops at all. ~Emily Dickinson

Bird, Sttaaahhhhppp!!! Why does my heart leap to see his face in my newsfeed? Why did that last box I unpacked contain his letters from University and beyond? Why, when it has been made perfectly clear that he will not speak does that mutant little Ornithurae continue to make me think that he might?! He’s a a big butt head with a head like a butt and I don’t want him to speak but that traitorous turkey warbles away…

How ’bout you just bugger off with that infernal ‘bluebird of happiness’?

Maybe go poop on his head for me…

Born in the year of The Tiger 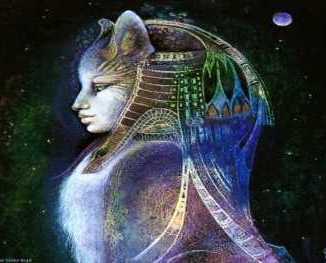 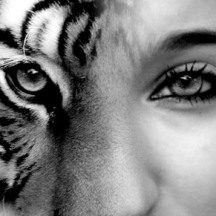 Born in a Tiger Year

The Eclectic Poet
Create a free website or blog at WordPress.com.